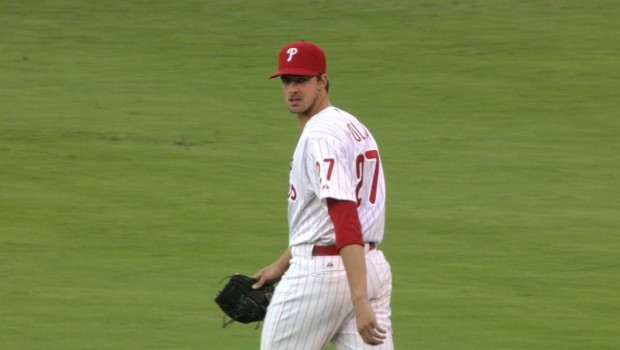 AARON NOLA ON THE MOUND AS PHILLIES SHOOT TO GET EVEN!

The Phillies hope to start a new winning streak tonight in St. Louis, and they are sending righty Aaron Nola (1-2, 3.55 ERA) to the mound. He is coming off seven shutout innings against the Nationals and he held the Brewers to just one run over seven innings two starts ago. He has given up six hits and struck out 14 during that stretch.

Maikel Franco is hitting .667 (2-for-3) against Wacha with a double and an RBI. Heading into Monday’s game, Franco had reached base safely in every road game this season.