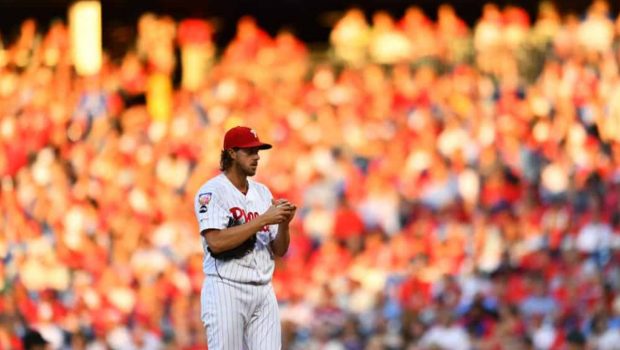 AARON NOLA IS THE BEST 7-8 PITCHER IN PHILLIES HISTORY!

Aaron Nola recorded eight strikeouts over six innings in the Phils 8-2 win over the Pirates.

Nola allowed just one run on six hits as a Cal Mitchell RBI double in the third inning represented the lone tally against him in this one.

It was a nice rebound for the 29-year-old righty after coughing up five runs over six innings his last time out against the Braves.