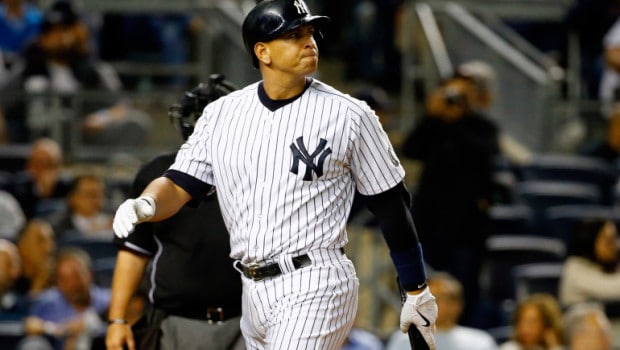 And so the New York Yankees’ season is over.

In the most important at-bat of this 2015 Yankees postseason, Alex Rodriquez swung at the first pitch Dallas Keuchel pitch he saw of his third encounter, a cutter, and lifted it harmlessly to center field, where Carlos Gomez caught it for the last out of the sixth inning, stranding the tying runs Carlos Beltran and Chris Young at first and second base.

The Yankees, despite playing in front of a surprisingly engaged Yankee Stadium crowd, went down quietly to Keuchel and the Houston Astros in this American League wild-card game, 3-0, ending their title run in the same meek fashion that characterized their last week of the regular season.

So this 2015 Yankees campaign concluded with a tally you might have anticipated from their most electric player, still: No contributions, at 0-for-4. Yet the journey to this endpoint sure felt different.

“It’s been an incredibly fun year,” A-Rod said in a quite Yankees’ clubhouse. “I’ve had a lot of fun. I’m grateful for the opportunity to come back and re-establish myself as a major-league player. Obviously, today was very disappointing.”

A-Rod dramatically remade himself this season, more than any reasonable observer, be they insider or outsider, could have projected He just couldn’t stick the landing.

“The one person I didn’t know what to expect this year was Alex. We hoped for the best and prepared for the worst,” general manager Brian Cashman said after the game. “We got a great season from him.”