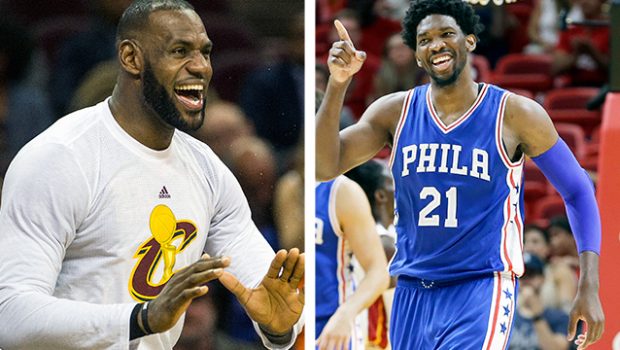 A NO-BRAINER! WHY LEBRON JAMES TO THE SIXERS IS A WIN-WIN!

Because they’re set to be the team with the second-most cap space this summer, the 76ers wouldn’t have a very hard time finding room to sign James to a max contract.

All it would require is Philly renouncing all of their impending free agents – JJ Redick, Amir Johnson, Marco Belinelli and Ersan Ilyasova – while finding a taker for Jerryd Bayless and the $8.6 million they owe him.

Unlike the other hypotheticals where teams may have a hard time finding takers for their worst contracts, that wouldn’t be the case for Bayless. That’s because, for one, his contract isn’t even that bad. Plus, the Sixers have an abundance of draft picks they can use as sweeteners to get someone to take Bayless off their books.

If they don’t want to lose draft picks in a potential Bayless dumping, they could also trade Robert Covington in exchange for zero salary, as the promising wing is coming off a career season and is locked up for the next four years on a very fair contract, which could make him appealing to hypothetical trade partners.

That would give Philly a a core of James, Joel Embiid, Ben Simmons and Dario Saric, and they would still have mid-level exception to use on trying to bring Redick or Belinelli back so that there’s more shooting in the line-up.

Simply put, that potential nucleus would be a terrifying proposition for the rest of the East, one that could legitimately challenge for a championship in 2018-19.

In fact, the 76ers may be James’ best chance at annual title contention, as he would get to stay in the weaker conference and avoid facing Golden State until the Finals while teaming up with one of the deadliest young cores in the Association.

It’s worth noting that LeBron’s agent Rich Paul also represents Simmons. But the relationship between James and Simmons is even deeper than that. They’ve been close for quite some time, with James mentoring Simmons dating back to his high school days.

Three months ago, after a Cavaliers-Sixers game, James raised some eyebrows when he raved about the 21-year-old playmaker in an Instagram caption.

“I told ya’ll a while back that my young King was next in line!” Jameswrote about Simmons. “Getting better and better every night… Remember lil bro, settle for nothing less than GREATNESS!!!”

Then there’s Embiid, who jokingly tweeted a recruiting pitch to James after the 76ers’ 19-win season in 2014. Now that the Sixers are on the verge of becoming perennial contenders (if all goes as planned), he’s seriously trying to lure the four-time MVP to Philadelphia.

Two stars from the Eagles – quarterback Carson Wentzand tight end Zach Ertz – were also in Cleveland for Game 4 of the NBA Finals. Ertz tweeted that they were there “for one reason only” and that was to “complete the process” by bringing James to Philly.

The Sixers are certainly a franchise to keep an eye on come July 1, as they seemingly have the necessary cap space and attractive young talent to really intrigue James: