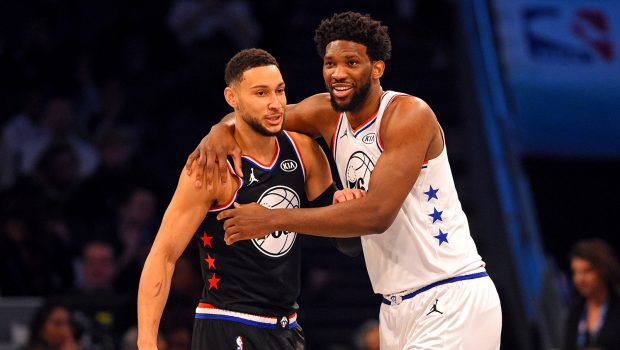 Ben Simmons’ back injury is untimely as the 76ers playoff seeding race gets ratcheted up, but they still have the firepower to move up in the Eastern Conference standings with less than 25 games left in the regular season.

Of course, that depends on how severely Joel Embiid’s shoulder injury, suffered last night, turns out to be.

The most encouraging recent development has been Embiid slowly realizing that any championship aspirations begin with him dominating the low post. In beating the Hawks the other night he beat all Atlanta defenders backs in for a career high 49 points. They had no answer for all those moves and trips to the foul line.

Even 86-year-old NBA analyst Hubie Brown commented more than once that when Embiid gets the ball deep in the paint it’s all over!

It will be tougher to do versus better competition, but the blueprint for 76ers longtime success is laid out — the 76ers are tough to beat when Embiid dominates!

Ben Simmons will hopefully be back and ready to go before playoff games start in mid-April. They will need their All-Star point guard to do any kind of damage when the first round starts with Simmons running the show once again.