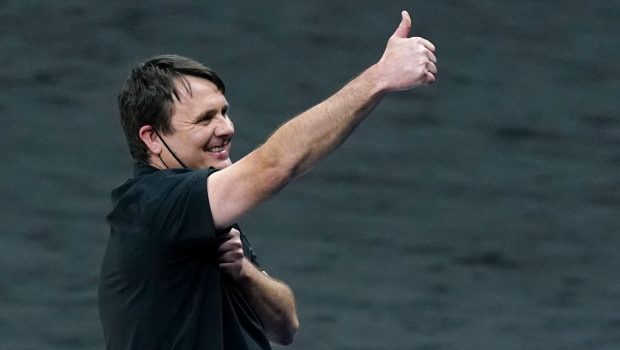 A CHRISTMAS SPORTS STORY THAT’LL WARM COCKLES OF YOUR HEART!

Let’s just call this a Christmas season story that will lift you up if you are down in the dumps:

Pitt football coach Pat Narduzzi told reporters on Monday at the Sun Bowl in El Paso, Texas, where the Panthers will be playing No. 18 UCLA on Friday, that his players Samuel Okunlola, Jake Frantl and Hudson Primus were stranded in the Dallas airport after their flight was cancelled when they bumped into UTEP basketball coach Joe Golding, who was in a similar predicament trying to get home to El Paso.

“Joe Golding, head basketball coach at Texas-El Paso here in town … him and his wife and child, they picked up and took our three guys and drove them because the flight was delayed to get them here for practice,” Narduzzi told the AP.

“They got here late last night. Just want to give a shoutout to those guys.”

Golding spoke to KTSM in El Paso about the impromptu 600-mile carpool adventure, saying Narduzzi had approved it and that the players called their parents and traded information with Golding to make sure everyone was comfortable with the situation.

Golding, whose sister, Kate, is married to TCU football coach Sonny Dykes and whose grandfather and father were both Texas high school football coaches, said he understood the pressure of travel issues that come along with sporting events and just wanted to help however he could.