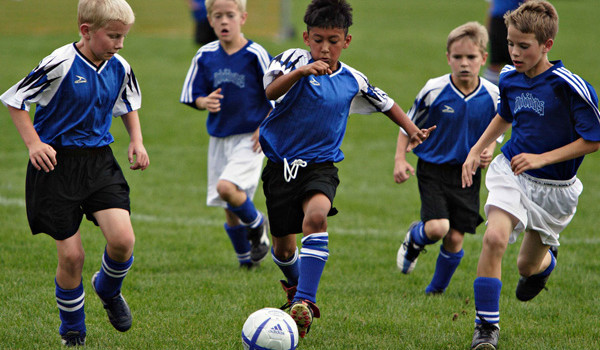 A BOY, A BALL, SOCCER SNOBS AND THE GROUP OF DEATH

The World Cup begins today, and it is useful to remember why this is the world’s most popular sport — and is gaining more followers even in the United States

It begins with a boy and a ball. And this year it ends in Brazil.

With the World Cup opening today, more and more Americans are coming to the beautiful game, and perhaps you’re about to become one of them.

You’ve seen bits of it. You’ve heard the old geezers denouncing it. But you’re wondering: Should you invest the time?

With so much to learn, so many nations, so many styles, all the jargon, strange rules, pageantry, flash and mystical ritualism, the World Cup can be intimidating.

But do yourself a favor. Remember that it started with a boy and a ball.

The ethnic bars, clubs and restaurants will be full on game days. That’s one of the easiest ways for the news media to tell this story. To the Greek restaurant or the Spanish tapas place or the German brauhaus and so on.

It’s also one way to open your World Cup window, to see this festival for what it is: the world’s great party every four years.

You’ll see colorful jerseys and extreme passion among the faithful, and plenty of good-natured (or not) my-country-is-better-than-yours ethnic rivalry.

A kindly fellow I know from Ghana has already started on me, knowing that his Black Stars have cut out the hearts of the U.S. team the past two cups.

If the U.S. players hope to get out of the so-called Group of Death and continue on in the tournament, they’ll have to deal with Ghana.

I smile and grit my teeth and think, “Wait.”

That’s part of the World Cup, but it’s not the heart of the game.

If you’re watching for the first time, there’s something else you’ll have to endure. The soccer snobs. They’re the ones who know all the jargon and use it relentlessly, sometimes rudely, as a social bludgeon or shield.

Don’t be. Jargon can’t do anything with a ball.

Similar personality types can be found in any hobby or passion — the wine snobs, the cooking snobs, the fishing snobs, even cigar snobs.

Back when I smoked cigars, I thought the round tubes of hand-rolled tobacco were just cigars. But the cigar snobs ruined it, talking of “peppery signatures” and “oaky finish” and so on. For them a cigar was more than a cigar.

But the snobs are irrelevant. Don’t worry about them.

And don’t worry about the crusty old guy who says soccer isn’t a sport. The archetypal sports geezer isn’t necessarily an evil man, but he’s positively calcified and afraid of change.

John Kass writes a column for the Chicago Tribune. This article is reprinted by permission.