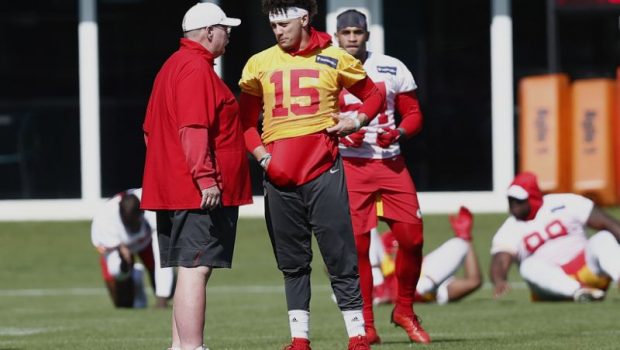 If you noticed that the Super Bowl line moved yesterday, here’s why:

And with that, MGM moved the line to the Chiefs being a 1.5-point favorite over the San Francisco 49ers.

“That forced us to move it,” Stoneback said.

The line could move back. Stoneback said there was word that a $1 million bet could come in soon on the 49ers moneyline (which is plus-105 odds for the 49ers to win straight up without the point spread).

Stoneback said earlier this week that he didn’t want to move off the 1-point line, anticipating 49ers money later in the week. The first two six-figure bets were both on the Chiefs. One was $200,000 and the other was $150,000.

The third big bet pushed MGM off the 1-point line for the first time since it was set after the championship games. Still, MGM is expecting things to even out as the week goes on.

“I expect some San Francisco money to come in later this week,” Stoneback said.

One news item could be important to any 49ers backers: Running back Tevin Coleman returned to practice yesterday. Coleman injured his shoulder in the NFC championship game, but was listed as a limited participant in yesterday’s practice. Coleman started 11 games for the 49ers and had 544 rushing yards during the regular season.

Stoneback couldn’t be certain, but he didn’t anticipate the line would move too much more before kickoff on Sunday.