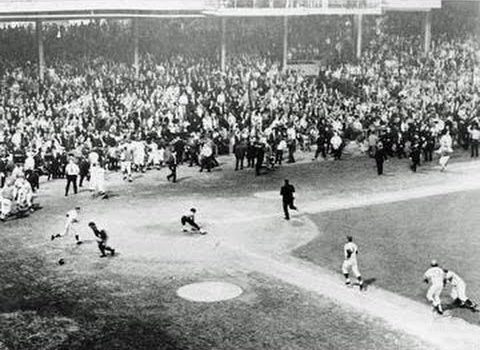 The final game at Connie Mack Stadium was played on October 1, 1970, with the Phillies defeating the Montreal Expos, 2-1 in 10 innings.

Souvenir hunters began dismantling the stadium while the game was still in progress. They pulled up chairs, signs, gates, and the sod from the field. A postgame ceremony was canceled because of the mayhem.

Over a headline that said, “Wrecking Crew of 31,822 Breaks Up the Old Ball Park,” the Inky wrote, “Fans ripped up their seats and ransacked the dugouts. They tore off railing[s] and billboards. A gigantic old rain tarp was torn to shreds and both the infield and outfield were ruined.” DONNA KELCE IS THE COOKIE MOM-STER TO JASON AND TRAVIS!