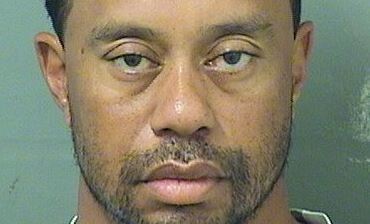 5 DRUGS IN TIGER WOODS’ SYSTEM WHEN HE WAS NAILED FOR DUI!

Tiger Woods had five drugs in his system — Vicodin, Dilaudid, Xanax, Ambien and THC (tetrahydrocannabinol) — in his system when he was arrested on suspicion of DUI in May, a report released yesterday says.

Woods pleaded guilty last week to reckless driving and agreed to enter a diversion program that will allow him to have his record wiped clean if he completes the program.

Now that there is no longer an active criminal investigation, the Palm Beach County Sheriff’s Office made the toxicology results available, and a copy was obtained by ESPN.

According to the report, the drugs in Woods’ system were:

Hydrocodone, the generic form of a painkiller branded as Vicodin.

Alprazolam, a mood and sleep drug commonly known as Xanax. (The report also listed Alpha-Hydroxy Alprazolam, which is what Xanax becomes when it breaks down in the system.)

It is not known if Woods had prescriptions for all of the medications. Medical marijuana is legal in Florida.