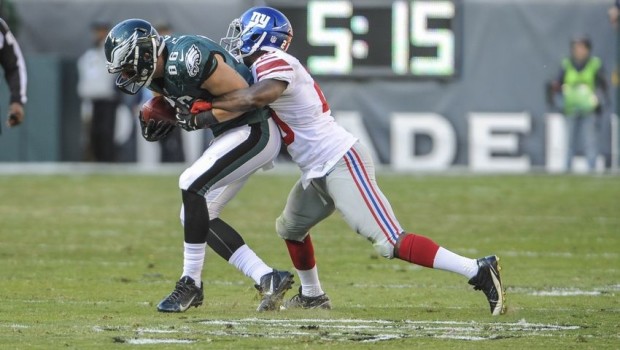 You want to know how bad the NFC East is?

The once-proud, tough as nails division is led by the 5-5 New York Giants, and if they can beat the Washington Redskins today, they’ve all but locked up their division.

Two of the Giants’ NFC East division rivals had disasters on Thanksgiving, and it’s now hard to imagine either the Eagles or the Cowboys making a run at the division title. That leaves Sunday’s opponent, Washington, as the only team left to challenge the Giants.

At the moment, the Giants are a game ahead of 4-6 Washington, and the Giants already beat Washington once this season. A win for the Giants would result in a two-game lead, plus the head-to-head tiebreaker, with just five games to play. The Giants would have to totally collapse to lose the division at that point.

So it’s easy to see why Washington coach Jay Gruden is calling this a one-game season. He knows that if his team loses, the NFC East race is effectively over.