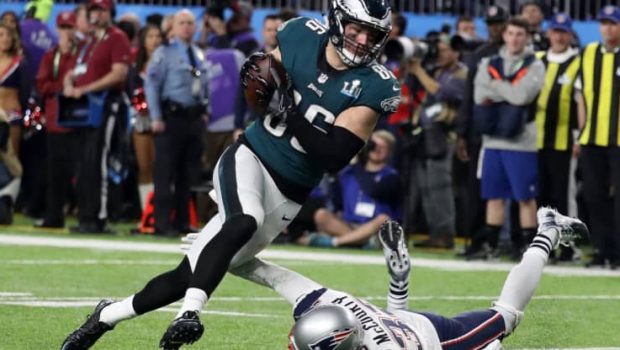 A Hail Mary pass attempt by Tom Brady fell incomplete in the end zone as time expired, and the New England Patriots fell to the Eagles 41-33 in Super Bowl 52 at U.S. Bank Stadium in Minneapolis.

Eagles quarterback Nick Foles was named the Most Valuable Player of the game after leading his team to victory.

Jake Elliott nailed a 48-yard field goal with 1:05 remaining to give the Eagles an eight-point edge.

Graham told NBC of the strip-sack, “Just kept going, you know? We said we needed a play. If we got one more opportunity, we were going to give everything we got — and I just so happened to get there.

“I’m just thankful because we’ve got a team that’s resilient. You know, we’re gonna stick around for a long time — cause we world champs, baby, and it feels so good.”