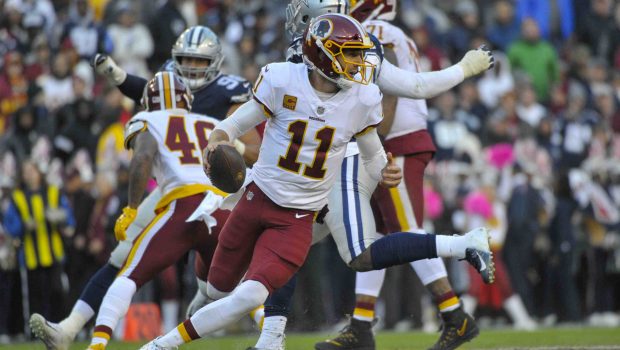 4-2 REDSKINS LEAD EAGLES BY GAME AND A HALF: ARE THEY FOR REAL?

Even though the Washington Redskins sport a snazzy 4-2 record, we’re still left to wonder: Are they actually good? Their $94 million quarterback looks shaky. They don’t really move the football — they just nudge it and try not to make mistakes. They’re a quality defensive team, except for their bad habit of breaking down and allowing big plays.

They’re flawed. They don’t stand a chance against detailed critiques. Yet they’re the only team in the NFC East with a winning record, and they have a 1½-game lead over Philadelphia and Dallas in the division. In the parity-driven NFL, perhaps we focus too much on whether teams are good. For certain, good is a baseline standard, and good calms the nerves, and good allows us to surf the schedule and set expectations. But for most of these meandering teams, it is also a subjective and flimsy designation.

If good means that a team is certain to make the playoffs and likely to advance at least one round, then the NFL has only a precious few of those creatures. But there are plenty that rank as good enough. And this season, because the team is sturdier in the trenches, doesn’t beat itself with turnovers and excels in the intangible areas of resiliency and chemistry, Washington is definitely good enough.