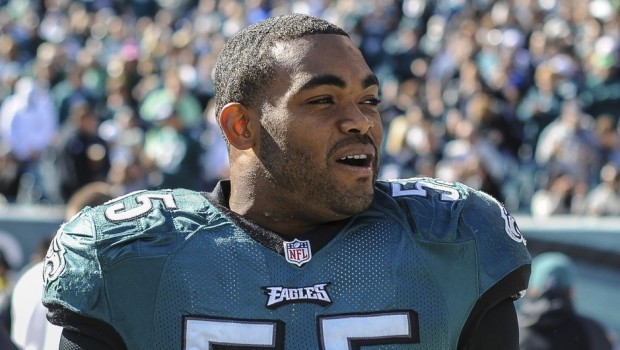 Somewhere 89-year-old Eagles’ great center/linebacker, who played both in the 17-13 victory over the Green Bay Packers for the 1960 NFC title, is seething.

According to Geoff Mosher of Comcast SportsNet, Graham is seeking a “four-year deal in the $30 million neighborhood, with $20 million guaranteed.”

That is a massive junk of change for a part time player, and would give Graham an average salary of $7.5 million, the third-highest on the defense. It would also make him the highest paid linebacker on the team, assuming linebacker Trent Cole isn’t back at $11 million next season, which he almost certainly won’t be.

Graham has totaled only 17.5 sacks in his five-year career with the Eagles, with his career high being 5.5 sacks, which he finished with last season. Graham rushed the quarterback 39 times last season, the most on the team despite finishing 12th in total snaps played.

Although they could structure the contract a number of different ways, giving Graham an average of $7.5 million per season would eat up lots of cap space. According to NJ.com, if the Eagles don’t restructure the contracts of Cole, running back LeSean McCoy or cornerback Cary Williams they will have just over $19 million to spend. The $7.5 million would be 39% of their offseason spending.

The Eagles have until March 7 to reach a deal with Graham before he can begin talking to other teams.