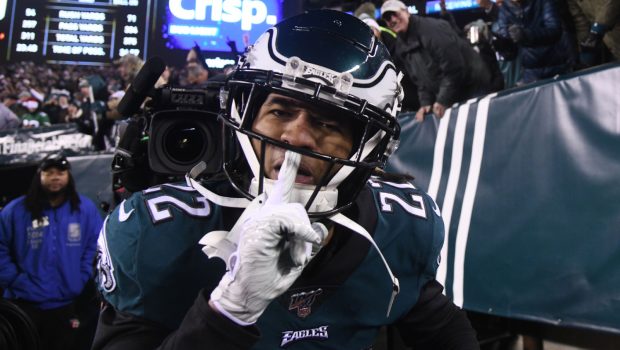 3 YEARS IN, EAGLES SIDNEY JONES LOOKING LIKE A WASTED PICK!

Says Zach Berman of The Athletic:

The Eagles calculated the gamble when they selected Sidney Jones in the second round of the 2017 draft.

The team needed immediate help at cornerback, but it drafted Jones understanding he would essentially need a redshirt season to recover from a torn Achilles tendon. The Eagles were willing to exercise patience because they understood what the pick might look like in three to four years.

“That was an upside decision, obviously, with the organization,” owner Jeffrey Lurie said in September 2017. “It hurt the short term, but we thought … looking forward, we don’t expect to be drafting in the top 10 for a while, hopefully for a decade or more. And it’s hard to get cornerbacks that you rate in the top one or two in the draft. … Basically, (we) made the gamble that Sidney can be the premier cornerback we think he can be, and healthy.”

Three seasons have passed. To date, the Eagles have lost on the gamble.

At 23, Jones remains a player whose potential outpaces his production. There was optimism entering his third season that Jones was healthy and experienced enough after playing 322 defensive snaps in 2018. With injuries atop the depth chart in September, he had a chance to become the starting cornerback the Eagles expected and needed.