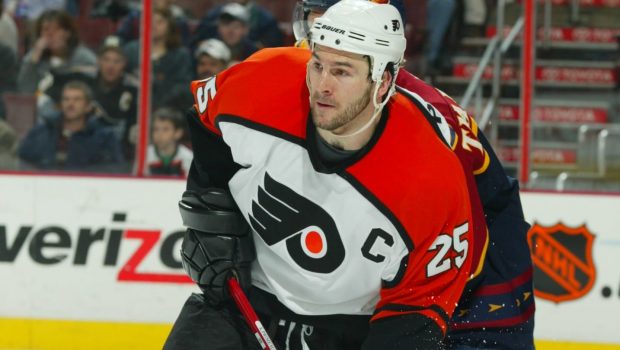 “We are thrilled to expand our portfolio of rinks with the addition of these three Skate Zone locations,” Murry Gunty, Black Bear’s CEO, told the Philly Business Journal. “We look forward to applying our expertise to help elevate these facilities and to make an impact in the communities they serve.”

Primeau will be a minority owner of the three facilities.

The two-time NHL All Star transitioned to the business side of the sport after his playing career and is also currently President of Hockey Operations for the Youngstown Phantoms of the USHL. Primeau, a long-time South Jersey resident, has had decades of first-hand experience with the youth hockey market in the region and raised four children in the area including three sons who competed at every level and in these rinks.

“I have seen up close the rich tradition of youth hockey in this region and have experienced it from every angle including coaching, parenting and operations,” said Primeau. “Our goal is to foster local talent and provide them the facilities and programming to pursue their hockey dreams, whatever that level may be. My passion right now is improving the accessibility to the sport of hockey for young players and their families.”

At the conclusion of this deal, Black Bear Sports Group, a national community ice rink operator, will own and manage 22 rinks nationally including 15 in the Tri-State area. The organization also owns a number of junior and youth hockey clubs and will acquire all hockey programming at the three Skate Zone locations. At the junior level, Black Bear currently co-owns and manages the Youngstown Phantoms of the USHL, and owns the Maryland Black Bears of the NAHL and Team Maryland of the EHL. Last year 28 players from the Phantoms received Division I scholarships while two were drafted in the 2019 NHL Entry Draft. The Maryland Black Bears sent 15 players to college hockey and seven Team Maryland players earned college commitments.

Comcast Spectacor will continue to own and operate Virtua Center Flyers Skate Zone at Voorhees and will continue to focus on managing this location as the world-class training facility for the Philadelphia Flyers. A new multi-year marketing arrangement will allow Comcast Spectacor to continue to identify with these rinks and allow both the Flyers and Black Bear to promote their goods and services to each other’s respective fans and customers.