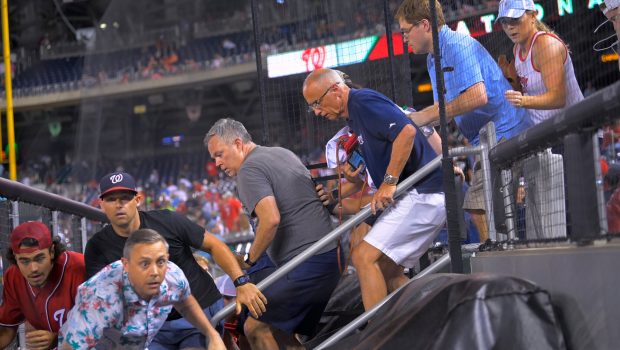 Three people were shot outside of Nationals Park in Washington last night during a Nationals-Padres game, prompting fans to pour out of the stands and players to scramble relatives to safety.

Three people were injured in a shootout between people in two vehicles, the police said, including a bystander outside the stadium who had been attending the game.

The game was halted in the middle of the sixth inning, with the Padres leading, 8-4. Nationals officials said the game would resume today, and that the teams would play their regularly scheduled game afterward on Sunday.