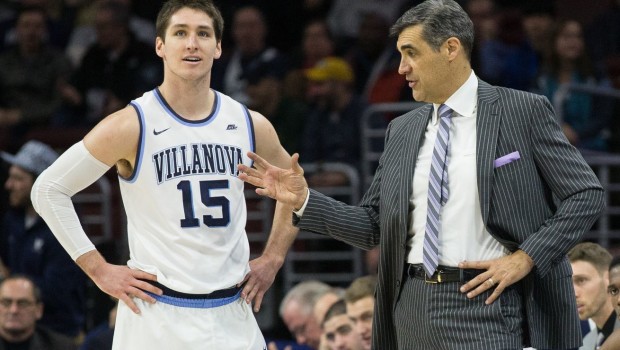 Villanova showed Creighton last night that it could more than make up for the absence of center Daniel Ochefu by draining 3-point shots.

Kris Jenkins scored 22 points, Jalen Brunson had 16 and the Wildcats rolled past Creighton 83-58 at the Pavilion.

Josh Hart added 13 points and nine rebounds for the Wildcats (19-3, 9-1 Big East), who have won 11 of 12. With Ochefu not in the middle for the second straight game due to a concussion, Villanova shot 16 for 29 (55 percent) from 3-point range with Brunson and Jenkins each going 4 for 6.

The 16 3s were the most Villanova has hit this season and the most Creighton has ever given up.

”It’s nice to be home at the Pavilion, man,” Villanova coach Jay Wright said. ”We had been out of sync a little bit. But we just moved the ball well, made the right shots and made the extra pass tonight.”

Villanova remained a game up on Xavier for first place in the Big East.

Maurice Watson Jr., a Philly native, led Creighton (14-9, 5-5) with 16 points and five assists. The Bluejays have lost three straight for the first time this season.

Creighton, the league’s top shooting team, attempted 25 3-pointers but only made eight against the Wildcats, who own the conference’s top-ranked defense.

”We got better defensively as the game went on,” Wright said.

After Creighton opened a four-point lead midway through the first half on consecutive 3-pointers from Watson and Toby Hegner, Villanova reeled off the next 10 points to take the lead for good. The Wildcats closed the half on a 13-4 run to go up 45-32. The spurt was highlighted by five points apiece from Phil Booth and Mikal Bridges.

”I don’t think defensively we competed at a level that we’re capable of competing at,” Creighton coach Greg McDermott said. ”Villanova can make you feel that way.”

Booth added 10 points for Villanova and Ryan Arcidiacono and Bridges chipped in nine apiece. Filling in for Ochefu, Darryl Reynolds had 13 rebounds, helping the Wildcats own a 38-27 advantage on the glass.

The Wildcats have won two straight with Ochefu out of commission, and Reynolds said his confidence is ”definitely growing” as he tries to fill that void.

”It’s impressive when a 5 man can switch onto a point guard who’s that quick and keep him in front of him,” he said.

Wright isn’t sure if Ochefu will be back for Saturday’s game at Providence, saying the senior is still going through concussion protocol.