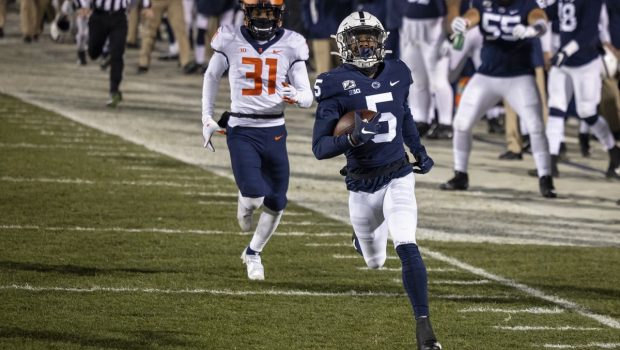 PENN STATE SPIKES TO NO. 3 IN THIS NATIONAL POLL — BAMA IS 4!

The AP and coaches polls don’t come out until tomorrow.

Next game: home against Villanova.

The Nittany Lions now have two high-quality wins, over Wisconsin on the road and Saturday in their annual whiteout game against Auburn.

They were pushed to the brink again, but a productive passing game and another stellar Red Zone defensive effort allowed James Franklin’s team to prevail over another quality opponent.

Receiver Jahan Dotson (10 catches for 76 yards) is having an All-American start to the season, and tight ends Brenton Strange and Theo Johnson combined for five catches and 108 yards—not to mention some wildcat quarterback cameos.