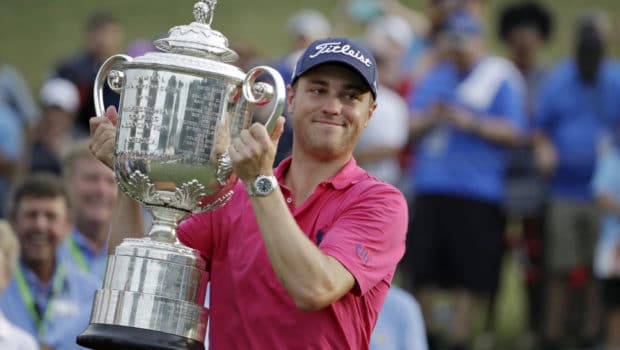 Before yesterday, 24-year-old Justin Thomas had won four times on the PGA Tour and even at 145 pounds had become one of the game’s longest hitters.

And he was best known as Jordan Spieth’s buddy.

Thomas rolled in a 14-foot birdie putt on the 17th green that all but gave him the PGA Championship. The victory, Thomas’s first major, cements his place as one of golf’s bright young stars.

Thomas prevailed on a tension-filled Sunday, in which third-round leader Kevin Kisner, Japanese phenom Hideki Matsuyama and others had chances to gain control of the tournament, only to falter. At one point late in the final round, five players were tied for the lead. Thomas jumped to the front with a dramatic chip-in for birdie on number 13 and solidified his lead with the clutch birdie putt on the treacherous par-3 17th. Only four other players birdied the 17th on Sunday, but it was the chip on 13 that Thomas said propelled him to the title. 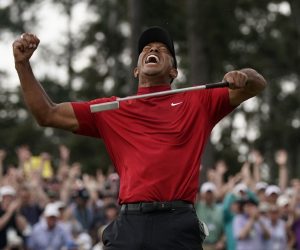 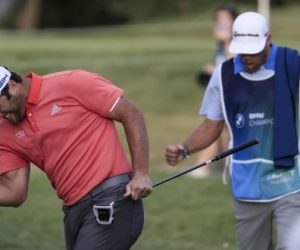 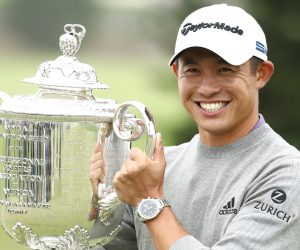