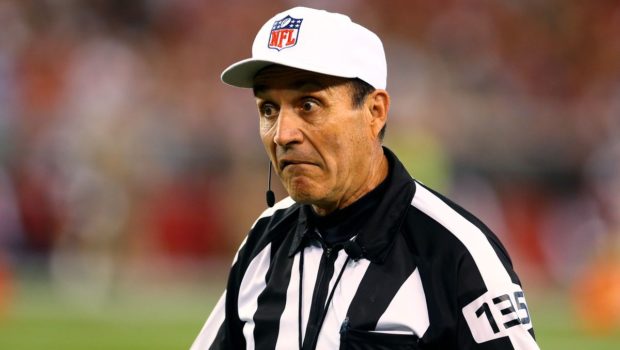 So, the Eagles beat the Panther 28-23 last Thursday to prove to anyone who cared to watch that they are an elite NFL team with a real shot at the Super Bowl.

Everyone, that is, except NFL zebra Pete Morelli, whose officiating crew called 10 penalties against against the Birds compared with just one against the Panthers.

So, there is a meaningless petition circulating among Eagles fans to have Morelli’s crew banned from future Eagles games.

After watching Morelli and his crew penalize the Eagles dramatically more than their opponent for a fourth straight Eagles game the crew has officiated, Will Philbrick of Little Rock, Arkansas, went to change.org and created a petition to present to NFL commissioner Roger Goodell complaining about Morelli’s track record working Eagles games.

As of Sunday morning, the petition had 23,074 signatures.