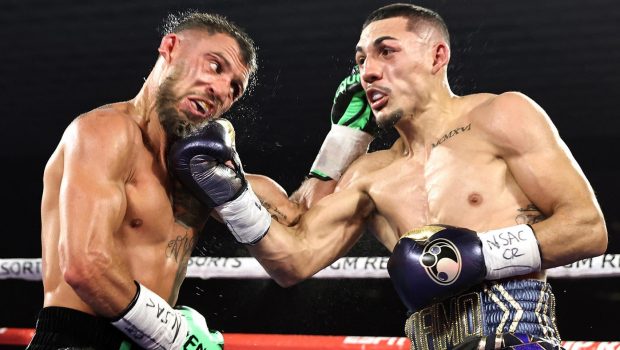 Lopez becomes the youngest fighter to become a four-belt champion since the WBO was founded in 1988.

The bout was dominated early by the boxing of Lopez, who controlled the center of the ring by using his educated left hand and then hit Lomachenko with well-placed body shots that had the smaller boxer backing up.