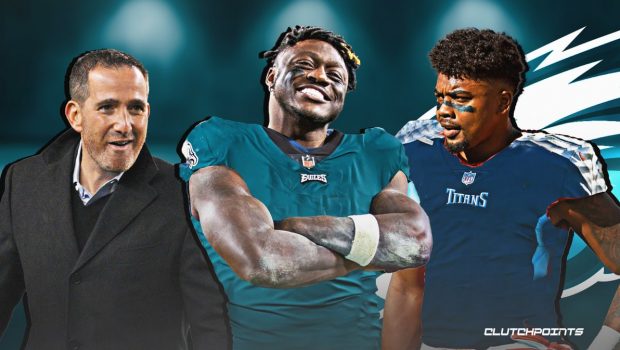 EAGLES HAD A GREAT OFF-SEASON, CAN’T WAIT FOR SEPTEMBER!

It’s always nice when the national know-it-all media chime in on something that we have known for weeks:

The Eagles had a balls-out off-season.

The Eagles have had an outstanding offseason, and few moves are likely to make a bigger impact than acquiring A.J. Brown via trade on draft day. The only question is where that move factors in — whether you count it as part of the team’s draft or not — but Brown gives the team a legitimate No. 1 receiver, which was still a question mark otherwise. Brown has been an elite receiver overall since entering the league but has also excelled in the areas that are still up for debate with DeVonta Smith, such as dominance against press coverage. Smith now gets to develop as a No. 2 receiver with less dedicated attention from defenses, and the Eagles now have a formidable receiving corps to go along with an excellent offensive line.

The team also secured major upgrades to their defense with Jordan Davis in the first round and then Nakobe Dean in the third, who were both stars on the best defense in college football. Dean seemingly slipped in the draft due to concerns with his medical profile that the Eagles apparently do not share, and he could easily become the steal of the draft almost immediately.

Signing Haason Reddick is the biggest free agency move the team made, but it’s not insignificant. Reddick is an impressive speed rusher who will be part of a continued overhaul of their defensive line that continued with the Davis pick in Round 1.