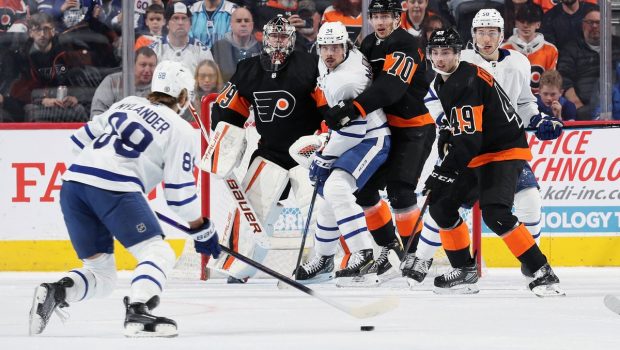 THANK GOD FLYERS HAVE ONLY 14 GAMES LEFT, THEY LOST AGAIN!

Thank God there are only 14 games left for the pitiful Flyers.

Auston Matthews scored his NHL-leading 51st goal and the Toronto Maple Leafs won their fourth straight with a 6-3 victory over the Flyers.

John Tavares, Wayne Simmonds, Timothy Liljegren and Pierre Engvall also scored for the Maple Leafs, who have netted 24 goals during their streak.

Ivan Provorov had two goals and an assist and Kevin Hayes also scored for the Flyers, who have lost five of six.

The Flyers are last in the Metropolitan Division with 53 points, 45 behind first-place Carolina.