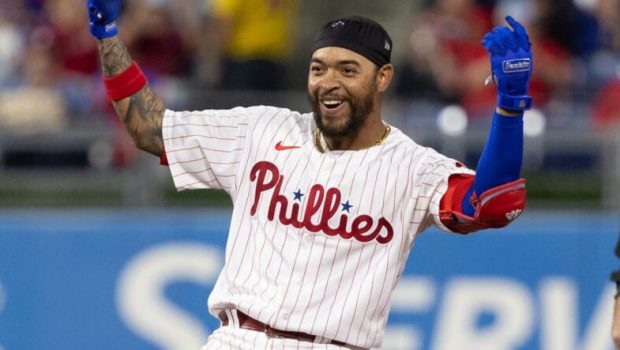 After playing most of 2022 with a torn UCL, Bryce Harper finally had his elbow operated om on Nov. 23.

Not having Harper in the lineup for the first half of the season is certainly a blow to the club, but it also creates opportunities by opening up the DH spot.

That could mean less time in the outfield for Kyle Schwarber or Nick Castellanos, but there are other plans being considered.

Manager Rob Thomson told reporters that one option would be Alec Bohm moving over to first base and Rhys Hoskins taking the DH spot. Third base would then go to Edmundo Sosa, with the club presumably adding a shortstop.

The Phils have been connected to the free agent shortstops for some time and Harper’s lengthy absence could increase their urgency to pursue Carlos Correa, Trea Turner, Xander Bogaerts and Dansby Swanson.