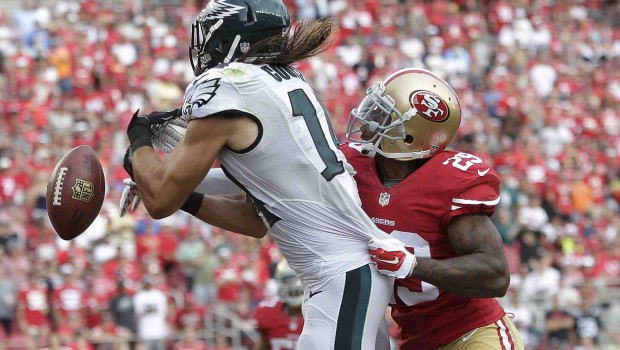 IN 2014 FREE AGENCY, EAGLES WON SOME AND LOST SOME

Riley Cooper was a huge disappointment in 2014.

The Eagles and all the other NHL teams are allowed to contact representatives of free agents today, March 7, and deals can be struck starting Tuesday, March 10.

Let’s see how the Birds did a year ago:

A year later, the decision to sign Riley Cooper to a five-year, $22.5 million deal with $8 million guaranteed while cutting Jackson seems absurd.

Jeremy Maclin, though, was a bargain on his one-year deal, while Jenkins surpassed what had been an impossibly low baseline for Eagles safeties. And given that the other options were the likes of Ryan Fitzpatrick and Tarvaris Jackson, coming away from the quarterback pool with Sanchez as the backup for $2.25 million wasn’t all that bad.