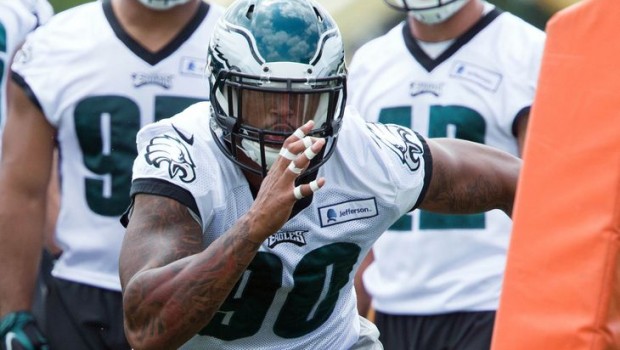 Don’t look now, but 2014 bust Marcus Smith has been impressive in the Eagles 2015 training camp.

Smith, the Birds’ No. 1 pick in 2014 who couldn’t get on the field very much because he was so bad, had the Tuesday highlight during one-on-one pass rush drills at training camp.

“It was a head fake bull (rush),” said Smith. “I came off the ball, and did kind of a stutter step to get him off his feet, and then I bull rushed him and got to the quarterback.”

After standing out for the first time since, um, ever, Smith then went into a celebratory dance routine.

“I was just happy I finally conquered the move I’ve been wanting to do, so now I can bring other moves off of that,” Smith said. The Eagles are light on OLB depth, and they need Smith to step up his game this season. Today was an encouraging sign.