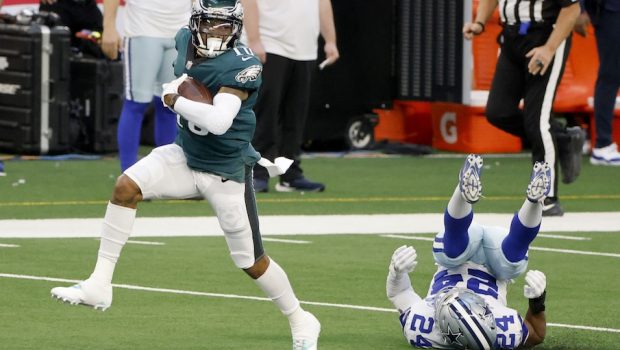 If you’re dubious about how effective aging, often-injured two-time ex-Eagle DeSean Jackson will be with the Rams, so is NBC Sports’ Peter King:

I think if the Rams get eight games out of 34-year-old DeSean Jackson —who has played eight games in the last two seasons combined—they’ll be lucky.

But he has the speed to make a few plays in those eight games, and to run down a couple of Matthew Stafford rainbows.