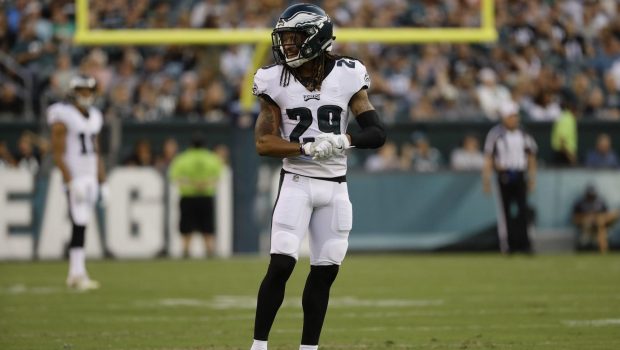 2 DEALS AND A DECISION THAT WILL TAKE EAGLES TO 2020 SUPER BOWL!

Fifteen months ago, the Eagles became Super Bowl champions for the first time.

Four months ago, they found out just how difficult it is to keep that title.

Entering 2019, the Eagles are in the curious position of having just burst open their championship window and yet also having a number of questions about their ceiling — enough to keep them slightly under the radar despite how historic their Lombardi Trophy run truly was. Much of the uncertainty centers on their star at the most important position of the sport — a quarterback in Carson Wentz who’s gone from MVP candidacy to the injury-cast shadow of Nick Foles over the last year-plus.

The most basic equation for the Eagles’ 2019 Super Bowl prospects boils down to him. If Wentz stays healthy and plays even mostly as well as he has the last two seasons, they’ve got a legitimate shot. If Wentz is not healthy or steeply regresses, well, Foles is down in Jacksonville now, and we’d wager Nate Sudfeld or Cody Kessler don’t have that kind of magic.

Realistically, of course, the Eagles are much more than just Wentz. In fact, a case can be made they’ve got a better, deeper roster now than they did when they won it all. And that roster was pretty darn deep, famously overcoming injury after injury. Unlike most teams, Philly doesn’t really have a single hole in its lineup or down its depth chart. As the Inky’s Zach Berman noted, the Eagles have at least one reserve with starting experience at every position. And they’ve already utilized the late free agent market to bolster perceived weaknesses at guard and linebacker, re-signing Stefen Wisniewski and adding former Pro Bowler Zach Brown.

In the lead-up to the season, however, the NFL’s best often remind us that rosters are never truly complete. The Eagles’ own Super Bowl team featured stars like LeGarrette Blount and Patrick Robinson, who weren’t brought in until weeks or months after free agency opened. General managers are always on the prowl, and in today’s NFL, where Philly personnel chief Howie Roseman paces the league in proactive shuffling, it’s never too late to consider additional lineup tweaks for a potential title run.

With offseason programs underway, training camps a few months away and the 2019 season on the horizon, here are three moves Roseman and the Eagles could still make in order to boost their chances at securing another Lombardi: