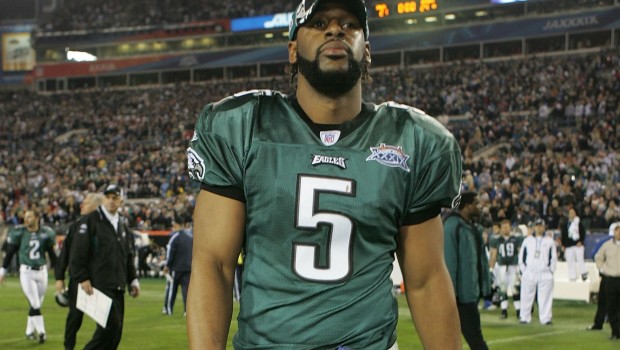 It’s only three days till Super Sunday, and Eagles fans are wondering when their faves will make it to the Big Game again — if ever!

The Birds have never won the Vince Lombardi trophy, so while other football junkies reminisce on their teams’ accomplishments this week, many Philly faithful will try to avoid jogging their memory.

In 1981, they got walloped by the Raiders, and in 2005, they fell short in a comeback attempt against the Patriots:

Game Summary: The Eagles were favored by three after routing the Cowboys and Vikings to reach their first Super Bowl, but four turnovers in the big game cost them. Ron Jaworski threw three interceptions, while Plunkett threw three touchdowns to lift the Raiders past the Birds in a landslide. Oakland’s Tom Flores became the first minority head coach to win a Super Bowl.

Game Summary: After losing in the NFC championship game the previous three years, the Eagles finally returned to the Super Bowl behind quarterback Donovan McNabb and coach Andy Reid. Wide receiver Terrell Owens provided Philly a boost in the game after a stunning return from injury, but McNabb’s two early interceptions kept the team from pulling ahead of New England. Corey Dillon’s short touchdown run early in the fourth quarter put the Patriots ahead 21-14, and Adam Vinatieri’s field goal extended the lead the lead to ten. Philly battled back, but their last drive ended when New England safety Rodney Harrison picked off McNabb with nine seconds left.

This Super Bowl was one year after singer Janet Jackson’s infamous halftime show blunder, in which she allowed Justin Timberlake to rip a part of her outfit that probably should have remained in tact. So this game, the NFL hired an performer with a slightly lower risk factor: Paul McCartney.