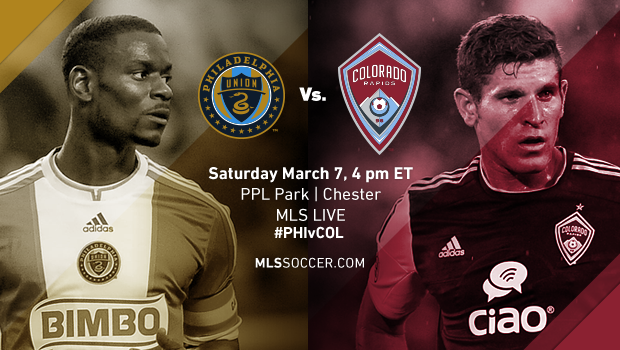 A pair of clubs hoping 2015 will mean a return to the postseason hunt meet to open the new campaign when Union hosts the Colorado Rapids this afternoon at PPL Park. Jim Curtin will take charge of the Union from the start of the season for the first time, trying to lead the club to a second-ever playoff berth. The Rapids are guided by Pablo Mastroeni for the second season, missing out on the postseason a year ago in the longtime club icon’s initial term in command.

The Union will be aiming to make a return to the MLS Cup playoffs for a second time in club history, their postseason drought hitting three years after the 2014 season following their only MLS playoff finish. Union finished in sixth place in the Eastern Conference a year ago with 42 points; Jim Curtin returns as head coach for his first full season in charge after taking over for John Hackworth midway through last year’s term.