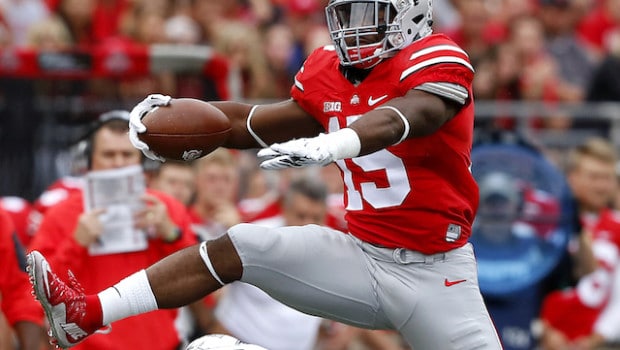 17 DAYS TILL DRAFT, EAGLES GET ‘3-DOWN STUD’ ELLIOTT IN MOCK!

8. EAGLES – Ezekiel Elliott, RB, Ohio State: Philly has already moved up after sending CB Byron Maxwell and LB Kiko Alonso to Miami. Unfortunately, it may not be high enough to get one of the elite quarterbacks the Eagles have been closely investigating. Still, Elliott is hardly a consolation prize. In fact, this three-down stud could probably serve as the offensive centerpiece, something QB Sam Bradford (or Chase Daniel) might not be equipped to do.

Check out the whole mock draft: