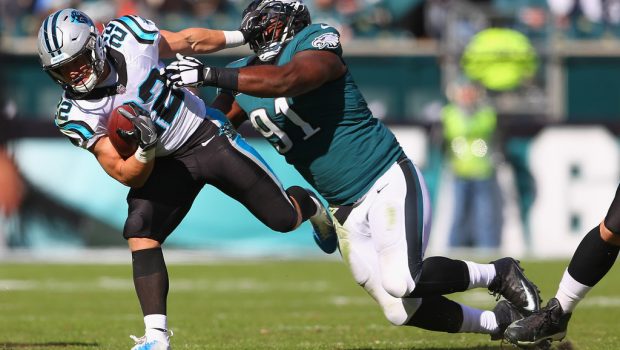 Carolina Panthers star Christian McCaffrey is signing a four-year extension, averaging $16 million per year, making him the highest-paid running back in NFL history.

“I’m so excited to continue my career in Carolina,” McCaffrey said yesterday. “I want to thank Mr. Tepper, Marty Hurney, and Coach Rhule for the opportunity to help lead this great franchise, and to all my teammates for their help along the way. And to Panthers fans, KEEP POUNDING!”

Dallas Cowboys running back Ezekiel Elliott had been the NFL’s highest-paid running back at $15 million per year. McCaffrey’s extension beats Elliott’s mark and sets a new, higher standard for the running back position.

McCaffrey’s contract extension ties him to Carolina through the 2025 season. McCaffrey is scheduled to become a free agent again at the age of 29.