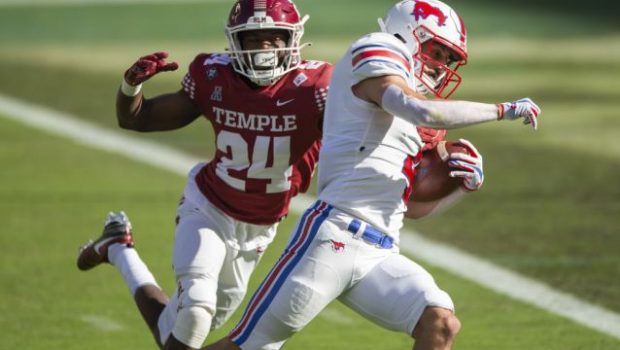 15 OWLS WERE IN COVID PROTOCOL, AND SMU TOOK NO MERCY!

No. 18 SMU got a slow start but dominated Temple in the second half for a 47-23 victory at the Linc.

The game was pushed back from its original Thursday date while Temple dealt with virus-related issues. The Owls were missing 15 players who were in COVID-19 protocol.

SMU led 20-16 before Buechele connected with Kylen Granson on a 24-yard TD pass on the first play of the fourth quarter. The Mustangs (7-1, 4-1 American Athletic Conference) scored four touchdowns in the first 7 1/2 minutes of the period.

Temple (1-4, 1-4) scored on the first play of the game, with wide receiver Randle Jones going 75 yards on a screen pass from Trad Beatty.

One thought on “15 OWLS WERE IN COVID PROTOCOL, AND SMU TOOK NO MERCY!”