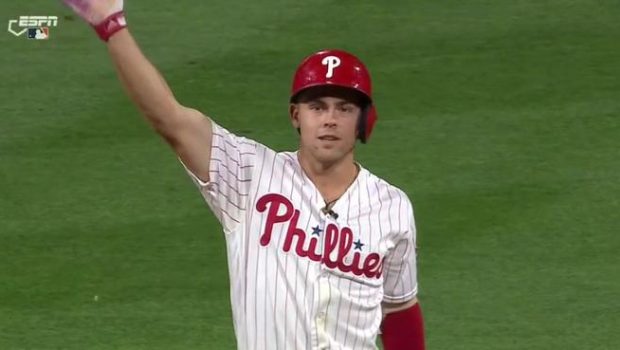 Training camps are less than a week old in Florida, but here’s a summary of possible NL East breakout players for 2020:

Braves — Mike Soroka, RHP: He made his big splash last year, and now the restrictions are off. Can he be an old-school Atlanta ace?

Marlins — Sandy Alcantara, RHP: He was an All-Star last year, but he proved durable in the second half, perhaps even more impressive and important.

Mets — Amed Rosario, SS: His offense has improved every year since he made his debut, and his defense appears to be improving as well. Can he continue to keep taking it up a notch?

Nationals — Victor Robles, CF: He’s already among the best defensive center fielders in baseball, and there’s potential for more with the bat.

PHILLIES — Scott Kingery, 3B: Last year was more like what the Phillies had in mind when they extended him before he played his first big league game. Can he make a proportionally larger jump in 2020?