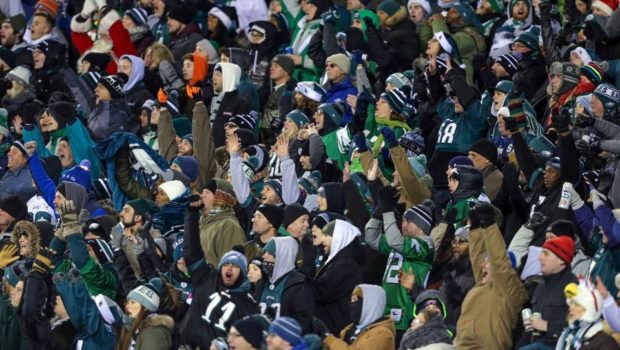 The Eagles may look like the most vulnerable No. 1 playoff seed in recent memory.

With one remaining week in the regular season, the Eagles own the NFL’s best record at 13-2.

But to examine their last three games — two of which have been played without star quarterback Carson Wentz because of his season-ending knee injury — is to wonder how the Eagles might fare against a better team (or teams) in the playoffs.

They survived Sunday with 216 total offensive yards, 12 first downs and 1-of-14 on third-down conversions because the Raiders (6-9) threw the game away with a late Derek Carr INT.

The previous week, the Eagles barely overcame the woeful Giants, 34-29, allowing the same Giants offense that was shut out Sunday in Arizona to amass more than 500 yards in total offense.

The week before, the Eagles outlasted the Rams, 43-35, and lost Wentz for the rest of the season to a torn ACL. And the week before that, they were dominated by the Seahawks, 24-10, in Seattle.

But can they survive more of this uneven play in the playoffs?

Can the Eagles survive and advance with backup quarterback Nick Foles, who was revered for his performance against the Giants a week ago but then went a pedestrian 19-of-38 for 163 yards against the Raiders?

“I don’t think we’re in panic mode by any means,” Eagles tight end Zach Ertz told reporters after the Raiders game. “I think we’ve got a lot of good players on the team, and I think we have a lot of guys with a lot of pride that are going to figure this thing out.”

“I didn’t play good enough,” Foles told reporters after the game. “I have to play cleaner and, obviously, play better. Third down is a big thing with a quarterback. I’ll look at the film. I’ll improve.”

The Eagles, after the Oakland game, insisted they still believe in Foles.

“We’re confident in Nick,’’ Ertz said. “We just have to play better as an offense altogether. The onus doesn’t fall solely on Nick.’’

If you believe in odds, then you may believe in the Eagles’ chances of making it to their third Super Bowl in franchise history. Since the 1990 NFL playoff format expansion, of the 54 No. 1 seeds, 28 have made it to the Super Bowl and 13 have won it all, which the Birds never have.

Of some potential alarm, though, with the Eagles not needing to win Sunday’s regular-season finale against the Cowboys, it’s possible coach Doug Pederson might rest a number of the starters, including Foles.

If he does that, the Eagles’ last body of work before their first playoff game, the weekend of Jan. 13-14, will have been these last couple of spotty performances to end the regular season.

If you’re an Eagles fan and you’re comfortable with that, then you’re simply delusional.