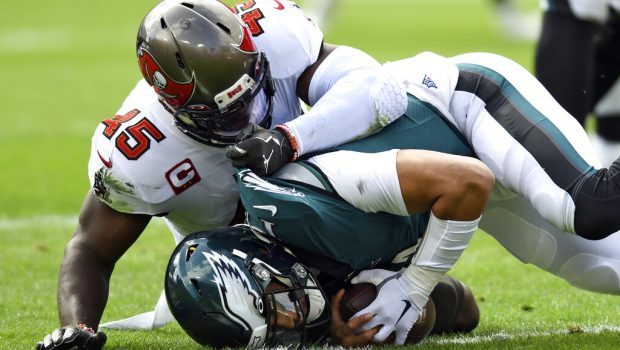 The NFL and NFL Players Association have agreed to halt daily COVID-19 testing for unvaccinated players, aligning them with protocols developed last month for vaccinated players and coaches.

In a memo sent Friday afternoon to teams, the league said it would add unvaccinated players to its existing symptom screening and testing surveillance programs. Anyone who reports symptoms will be tested.

The NFL’s most recent COVID-19 data release reported that 95% of players and nearly 100% of staff members are vaccinated. The change will apply to a small group of people.

With only eight teams left in the playoffs, there are roughly 12 unvaccinated players remaining, a source told ESPN.

Green Bay Packers quarterback Aaron Rodgers, whose 90-day testing exemption following a positive case was set to expire soon, is one of them.