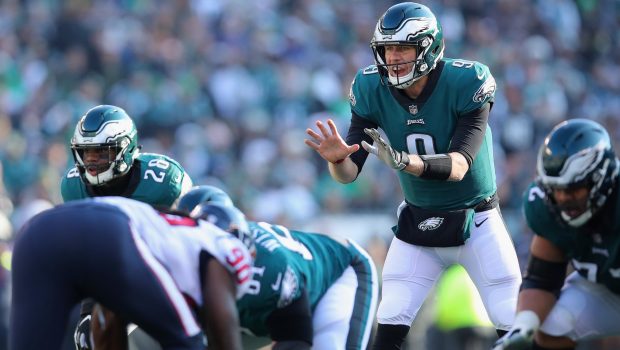 Foles would throw for more than 700 yards combined, top the New England Patriots in Super Bowl LII and be named the game’s MVP. After another late-year injury to Wentz in 2018, Foles saved Philly’s season again, leading an implausible December charge and a magical, last-minute drive in a playoff victory over Chicago.

And so here’s what became of Nick Foles: On Monday afternoon, as had been expected and reported for several days, he agreed on a new contract to become the Jacksonville Jaguars’ starting quarterback. Foles is guaranteed to make $50.1 million. If he remains Jacksonville’s starter for the duration of his four-year deal, he’ll make $88 million. And if he hits every incentive, Foles could crack $100 million.

Even if Foles duplicates his highest peaks from Philly in Jacksonville, the Jaguars today stand as an example of how to mismanage a quarterback situation. Last offseason, coming off an AFC championship game appearance, Jacksonville signed 2014 third overall draft pick Blake Bortles to a three-year extension that guaranteed him $26.5 million.

Bortles had managed the Jaguars’ offense the year prior while their defense — which had an all-time season — made them a contender. They believed, foolishly, they had found a formula. Last season, when the Jaguars’ defense was merely one of the five best in the NFL, Bortles was benched midway through a five-win debacle.

Rather than pursuing a quarterback last year, when the market was flooded with passers, or even taking a stab at, say, Lamar Jackson in the draft, the Jaguars doubled down on Bortles. It left them in position to chase the only quality free agent quarterback available, at an exorbitant cost, especially given Foles’s peculiar career. The price showed their desperation.

The deal is a complete win for Foles. For his career outlook, he now has his own team to run without question, a position he has never been in. Financially, he did far better than many in the league expected. This weekend, one rival agent said Foles’s agent had one of the most difficult jobs in football. The limited number of teams in clear need of a quarterback, and not in prime position to draft one, had already shrunk when the Denver Broncos traded for Joe Flacco and the Washington Redskins acquired Case Keenum. But Foles still secured a deal that gives him the 10th-highest average salary among quarterbacks.