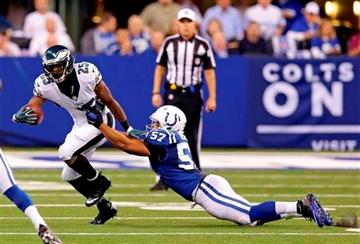 McCoy’s receipt, which you can see at the top of the page, has now been put up for auction on eBay where 142 people have placed a bid on it so far.

And no, we’re not even to the ridiculous part yet. That’s where we’re going now.

You might be thinking, “There’s no way someone will pay that”‘ but in this story, anything’s possible. How else can you explain the fact that Charlie Sheen got involved?

Last week, Sheen promised to give the server $1,000 to make up for McCoy’s low tip. McCoy said he left the low tip because the server was disrespectful. Shady also had this to say about Charlie Sheen:

The only way this story can get any weirder is if we find out it’s Sheen who made the $100,000 bid for McCoy’s receipt.