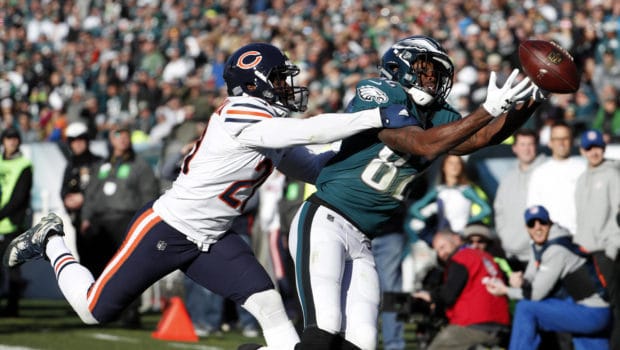 The Eagles’ romp over the Bears made them the league’s first team with double-digit wins this season.

They have a five-game lead in the NFC East, meaning they can clinch the division as early as next week: for instance, if the Redskins beat the Cowboys Thursday night or if the Birds beat the Seahawks Sunday night.

But if there’s any vulnerable spot on the Eagles’ remaining schedule, it’s the next two weeks: consecutive West Coast games at the Seahawks and Rams.

And there is more than one team poised to leapfrog them in the top-heavy NFC.