TIME FOR THE UNION TO MOVE UP

While there were distinct bursts of good play and on-field success, a poor finish to the season doomed the Union. The team seemed torn between a youth movement (Amobi Okugo, Jack McInerney, Sheanon Williams) and relying on MLS vets whose best days are probably behind them (Conor Casey, Sebastien Le Toux, Brian Carroll). When McInerney’s scoring touch disappeared, Casey was left to carry the scoring load while working with a underwhelming midfield corps.

Strengths: What was a weakness in 2013 — the lack of a defined midfield group to push the attack and support the backline — is suddenly a strength. 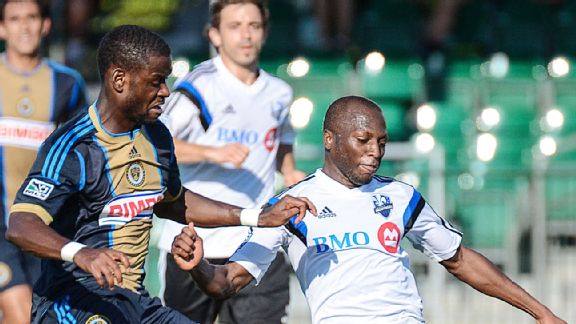 Philadelphia added U.S. international Maurice Edu to handle the defense midfield and distribution duties alongside Carroll, Frenchman Vincent Nogueira (formerly of Ligue 1’s Sochaux) to fill the playmaker role, and Argentine Cristian Maidana (a Designated Player) to man the left wing. The addition of Berry through trade also fills the void left by the traded Jeff Parke and gives Amobi Okugo an athletic partner in the center of the defense.

Sheanon Williams is a star at right back. With any sort of competent play at left back (likely to be Fabinho, the Brazilian signed in mid-season of last year, though it should be noted he was never meant to be play there full time), the Union figure to be difficult to score against.

Weaknesses: The Union’s midfield will be better in 2014 but the club will improve only if it can find the goals necessary from its strikers. Jack McInerney’s hot start papered over some cracks in Philadelphia’s striker group, while Conor Casey played to a higher level than expected. Should McInerney find the going tough out of the gate, and Casey not contribute at the same rate (likely, considering his age and mileage), where do the Union get their scoring?

At one time, Sebastien Le Toux could be counted on to score 10-plus goals, but those days appear to be over. The Frenchman’s role is more provider than scorer in the Union setup, and he did collect double-digit assists in 2013. The question in Union-land, as it relates to the attack, is whether the midfield additions can carry more of the scoring load and give better service to McInerney, Casey and the rest of the Philadelphia strikers.

X factor: The Union served up a bit of a shock at the SuperDraft when they moved up to the top spot to select UConn goalkeeper Andre Blake, having appeared to hand the keys to that position permanently to Zac MacMath. 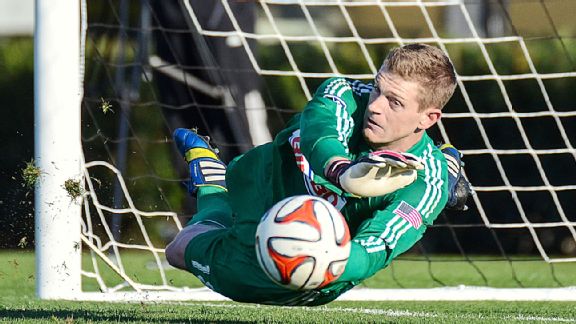 The pressure’s on Zac McMath to perform this season.

MacMath is actually younger than Blake while being much more experienced, so it bears watching how quickly Hackworth turns to his No. 1 pick if the incumbent struggles. With another new pairing at center-back, the pressure will be on MacMath to take large steps in his maturation process. The former Maryland keeper does not always project authority from the back, and his decision-making is still developing.

Measure of success: Playoffs, pure and simple. Anything less will be a failure for the Union, who reached the postseason in 2011 under Peter Nowak but have failed to do so since. Hackworth’s mandate, particularly in light of the way Nowak’s tenure ended (amid controversy), will quickly run out if the Union underachieve again this season.

The wave of new signings represent a financial commitment outside of the norm for the typically budget-conscious club, heightening the pressure to succeed this season. But with most of the Eastern Conference getting better or returning strong teams from 2013, even the new talent doesn’t guarantee the Union can return to the postseason. THE GRITTY UNION RALLIED BEFORE FALLING TO PORTLAND!