Cristiano Ronaldo capped his greatest year by helping Real Madrid become the first Champions League holder to retain its title, showcasing his enduring scoring qualities in a 4-1 victory over Juventus.

In an exceptional career in which he keeps rewriting the record books, Ronaldo scored twice to become the first player in the 25 seasons of the Champions League era to score in three finals.

“People don’t have words to criticize,” Ronaldo said, “because the numbers don’t lie.” 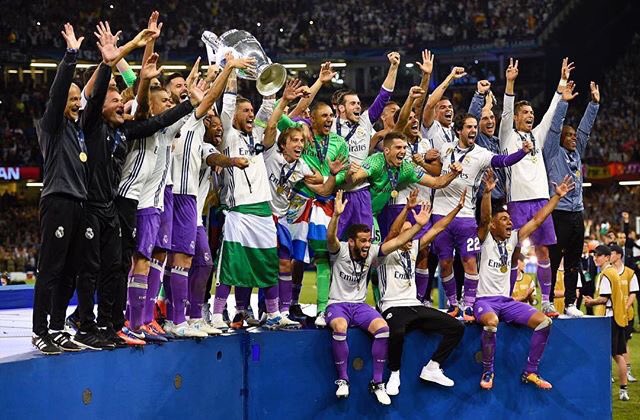 Having lifted the European Cup once with Manchester United, Ronaldo has done it three times in four seasons with Madrid. It’s the latest piece of silverware in an incredible 12 months for the world player of the year.

It began with Ronaldo winning his first title with Portugal at the European Championship. Then came the Club World Cup with Real Madrid and the end of a five-year Spanish title drought before new highs were reached in the Champions League.

Ronaldo’s first strike at Millennium Stadium was canceled out by Mario Mandzukic’s exquisite 27th-minute hook shot. It was the only high point for Juventus on a night when the Italian champion was outclassed in its quest for a first European title in 21 years.

Madrid’s supremacy was clear in the second half.

After Casemiro put the Spanish champions back in front in the 61st, Ronaldo turned in his 600th career goal at the near post three minutes later, and Marco Asensio wrapped up a record-extending 12th title in the 90th.

On one night, Juventus conceded more goals than it had on the journey to the final, having let in only three in the previous three games.

“In the second half Real Madrid pushed the accelerator,” Juventus coach Massimiliano Allegri said, “and we remained too static and sat back too long.”

“Zidane believes in us a lot,” Ronaldo said. “He knows that we are a very good team and that is why we proved it in the second half.”