Turner Sports’ All-Star Weekend coverage was up 15% in viewership from last year, and the successful changes to the All-Star Game format undoubtedly played a major factor in the boost in eyeballs.

The All-Star Game (up 8% vs. last year) was the most-watched program of Sunday night on cable TV and across platform, with viewership peaking during the thrilling commercial-free final 15 minutes that ultimately saw Team LeBron come away victorious: 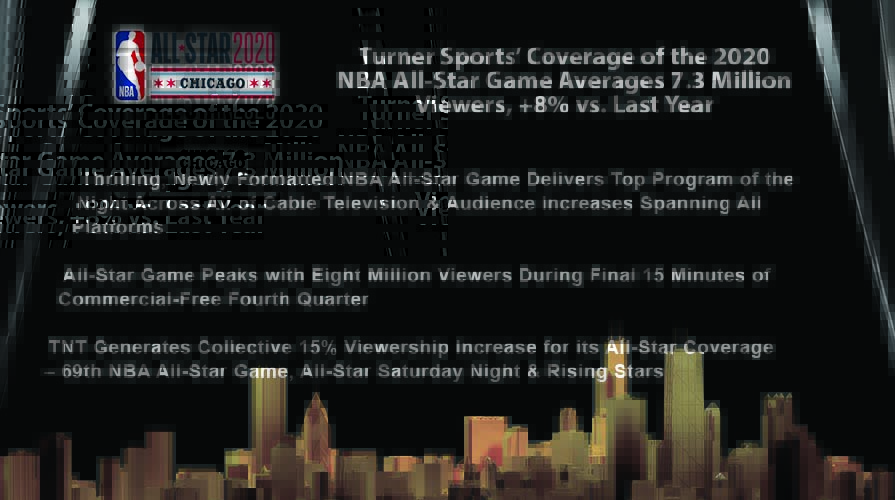 The ratings spike must be welcome news for Adam Silver. Despite the league’s cultural cache and booming business, much ado had been made in recent months over the decrease in ratings (down about 15%) the league had been experiencing this season and whether that meant anything.

Silver acknowledged the issue at the All-Star press conference on Saturday, and admitted that the NBA was still figuring out how to account for younger viewers:

“It’s well-known that on one hand we’re celebrated by some because we have such a young fan base, but that young fan base is disconnecting from pay television in record numbers, but we haven’t found a way to connect those young fans to our broadcast through whatever platform they’re going to be delivered.”

Silver expressed hope that the league’s big media partners — Disney and AT&T — can find a solution via streaming businesses.