EAGLES WILL MISS CHRIS LONG — ON AND OFF THE FIELD!

Eagles defensive end Chris Long has called it a career after 11 seasons in the NFL.

“Cheers,” Long wrote. “Been a hell of a journey. Eleven years and I can honestly say I put my soul into every minute of it. Highs and lows. I’ve seen them both and I appreciate the perspective. Gratitude and love to those who lifted me up.”

Long was a member of both the New England Patriots’ Super Bowl LI-winning team and the Philadelphia Eagles when they won Super Bowl LII.

The Eagles released a statement on Twitter: “When you look at everything Chris Long accomplished as a player and person, it’s easy to see how fortunate we’ve been to have him on our team. Chris was everything that we thought he was and even more — not only as a great player for our football team, but also in the community.

“There aren’t many players who can say they won back-to-back Super Bowls and the NFL’s Walter Payton Man of the Year award. He accomplished both with class and grace. There’s no question that his work ethic combined with his unique talent made him into one of the greatest of this era’s professional athletes. We’re very thankful Chris chose to play for the Philadelphia Eagles, and congratulate him on a fantastic career. He will always be part of the Eagles family.” 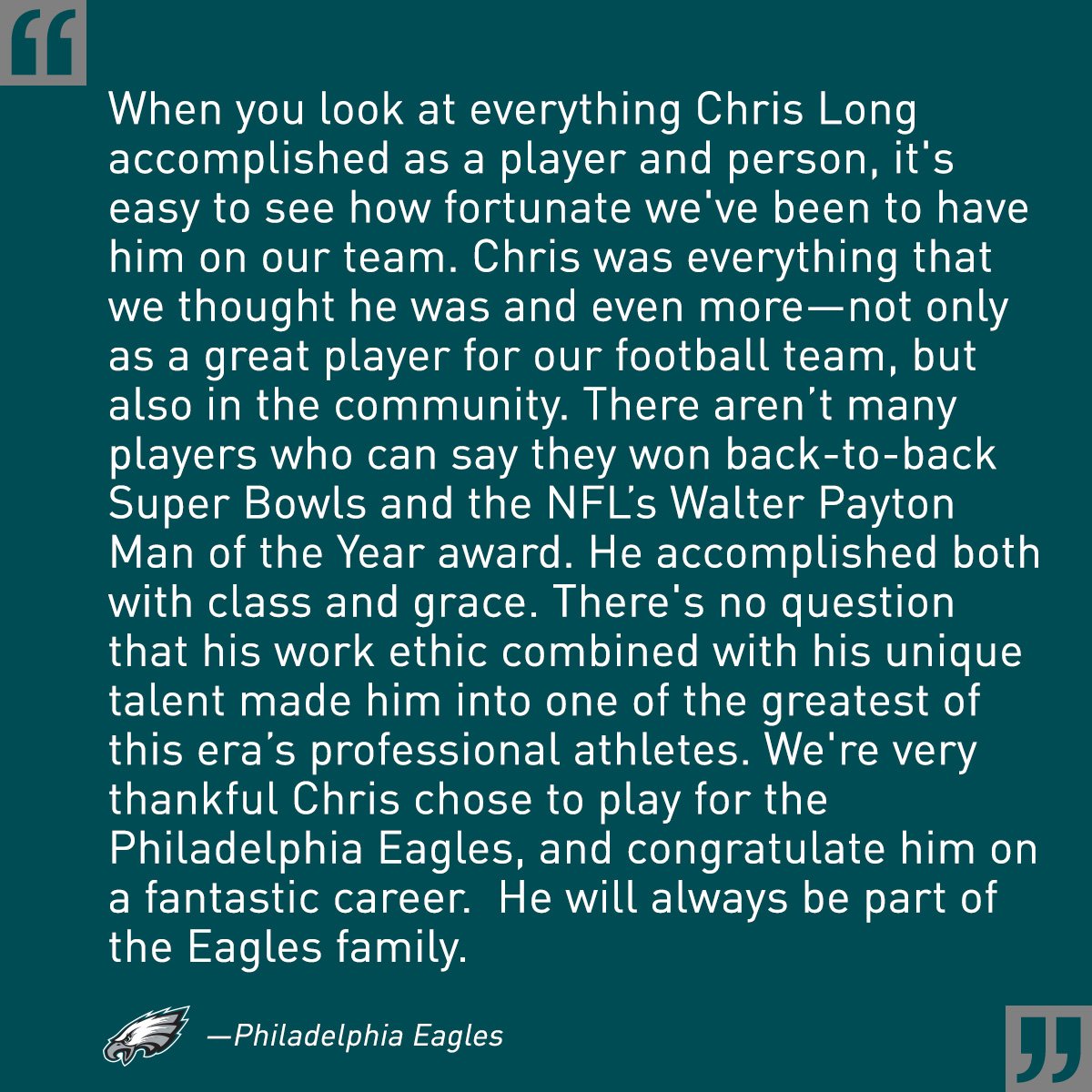 Last month, Long said that he wasn’t sure if he’d return for a 12th NFL season.

“I’m pretty undecided, but from the looks of things they’re going to make it hard for me in my favorite city,” Long said. “We’ll see.

Long — the son of Pro Football Hall of Famer Howie Long and brother of Chicago Bears offensive lineman Kyle Long — was the No. 2 overall selection in the 2008 NFL draft by the St. Louis Rams. He played eight seasons in St. Louis before joining the Patriots in 2016 and then the Eagles in 2017. Long capped his career by being named the Walter Payton NFL Man of the Year at February’s NFL Honors ceremony.